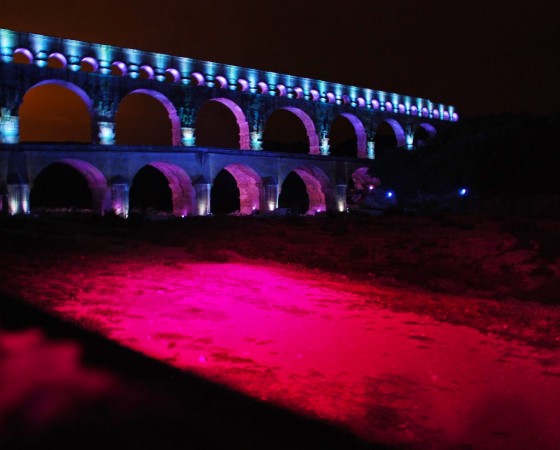 The pont du Gard is a Roman aqueduct at three levels, situated to Vers-Pont-du-Gard between Uzès and Nîmes, in the department of the Gard (France).

It steps over the Roach, or the Gard. Probably built in the first half of Ier century, he ensured the continuity of the Roman aqueduct which led the water of Uzès in Nîmes. According to the lattest researches, it would have stopped being used at the beginning of the VIth century.

In the Middle Ages, the piles of the second floor were indented and the work was used as road bridge. The exceptional architecture of the pont du Gard drew the attention from the XVIth century, which from then on benefited from regular restorations intended to protect its integrity. A road bridge was attached to it in 1743-1747. Higher aqueduct known for the Roman world, it is a classified/protected site.


Our Gites and B&B Rooms